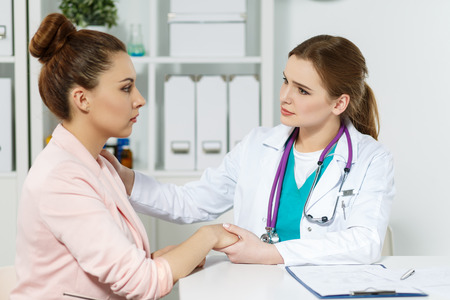 Domestic violence and sexual abuse are serious threats to women, but there are clear signs to look for and paths to leave unhealthy situations.

What constitutes sexual abuse or violence against women?

More than 32 million American women experience intimate partner violence or IPV. Though this is a quite serious health issue, it is often preventable. IPV is defined as psychological, physical or sexual trauma perpetrated by a current or former partner. Contrary to popular belief, this does not require sexual intimacy to occur between couples. Men can also be abused by partners, but the vast majority of IPV is directed toward women.

There is a spectrum of IPV ranging from a single, minor outburst to serious and repeated abuse. Chronic abuse is referred to as battering.

IPV is usually a result of an imbalance of power. There are four primary types:

There is also sexual abuse that is not caused by a partner. Stalking can also fall into the category of IPV when the action is repeated and causes high levels of anxiety in the victim.

How to recognize violence or abuse

Some relationships are abusive from the beginning, but many instances of IPV begin subtly and intensify over time. The most common cycle includes:

IPV is a frequent occurrence that can have long-term health effects on individuals and society as a whole. Even if a child is not personally abused, merely witnessing IPV can create lasting issues. The prevention of IPV requires a knowledge of individual, community, and societal factors.

Sexual abuse and violence can create a feeling of helplessness or even guilt on the part of the victim. The best action to take is to recognize these signs and call the National Domestic Violence Hotline for guidance at 800-799-SAFE (7233) or the National Sexual Assault Hotline 800-656-4673, both of which can be reached 24 hours a day, 7 days a week.