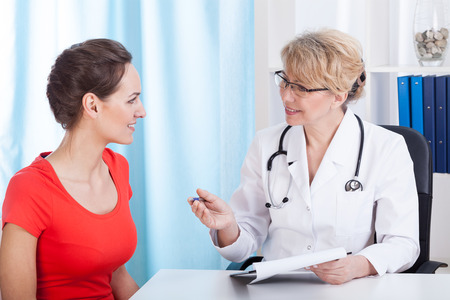 While most ovarian cysts are harmless, some can cause serious health problems.

What are ovarian cysts?

Most women will experience at least one ovarian cyst during their lifetime. The majority of these are small and will vanish within a month or two without any symptoms. However, ovarian cysts also have the potential to rupture or enlarge, causing a great deal of discomfort.

Cysts related to the normal menstrual cycle are called functional cysts. These generally disappear within a few cycles and rarely cause issues.

There are several types of cysts that are not related to the menstrual cycle including:

Both teratomas and cystadenomas can grow large enough that they move the ovary beyond its normal position. This has the potential to twist the ovary, also known as ovarian torsion. This is both very painful and has the potential to reduce or halt blood flow to the ovary. It is also possible for a large cyst to rupture, which can cause severe pain and internal bleeding.

Additionally, cystic ovarian masses that develop in the years following menopause have the potential to become cancerous.

There are several factors that increase the likelihood of having ovarian cysts including:

Because there is no method to prevent cysts from forming, it is important to receive regular pelvic examinations. A medical professional can help detect any unhealthy changes present in the ovaries.

There are several tests that can be performed after a pelvic exam to determine which type of cyst is present and what the best treatment option is. These can include pregnancy tests, blood tests, ultrasounds or a laparoscopic procedure.

The best treatment option will depend on the size and category of the cyst as well as the individual’s age and symptoms. Most likely the doctor will schedule a future appointment and prescribe waiting since there is a chance the cyst might disappear on its own. It is sometimes possible to prevent future cysts from occurring using hormonal birth control. In serious cases, it might be necessary to undergo surgery to remove the cyst or even the ovary itself.